Free Boxercise sessions are now available from this Sunday for our  Gold & Silver members . A really fun way to get fit in a very friendly environment with our partners at Imber Court the Foley Boxing Club  Run by John a Foley Instructor these promise to be a great addition to your fitness options at Imber. 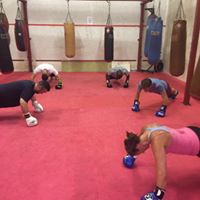 There will be a mixture of circuit training , working with the bags , footwork and you may even progress over time to some sparring in the ring! All ages from 10 years old upwards and abilities are welcome with the common aim of improving fitness in a fun and friendly environment.

With the Six Nations starting this weekend it was a great to see England Rugby Star Nick Easter working out here yesterday morning.

Sessions are as follows;

it was great news for our Club when we signed an under lease in November 2018 with Clinton Lamprecht ( ESG Imber Court LLP) which will provide fantastic new tennis facilities at Imber and significant investment into our Club and its infrastructure.

Work will be undertaken in four phases and the 1st phase started on the 7th January with the refurbishment of our existing hard courts.

I popped down yesterday to see the progress of the work and the good news is that it is progressing really well and this coming Saturday 2nd February will see the reopening of four of our hard courts.

I know this will please our die hard Tennis members who play throughout the winter , come rain or shine on Thursday mornings and Saturday afternoons – you know who you are.

I took some pictures ,  not the finished product yet of course but a great new surface.

The vision is to create The Heroic Games; a CrossFit competition run by our partners Crossfit2012 supporting Help for Heroes, becoming a landmark event in the national
and then hopefully international CrossFit calendar.

Situated at Imber Court Sports Club, Surrey, the proposal is to use the
significant existing infrastructure to stage an event which will appeal to
athletes and members of the public alike. The event will be held across 2
days annually in the summer at Imber Court Sports Club, and will include
individual, adaptive and team entries.
The event will utilise only Hero WOD’s (workout of the day) to make the
competition unique to the CrossFit competition calendar, and further
support Help for Heroes. Hero WOD’s are special workouts designed and
dedicated to servicemen and servicewomen, who have lost their lives
in the call of duty, and shared a passion for CrossFit, being the fittest/
healthiest version of themselves. When these workouts are undertaken,
and people understand the meaning behind them, the commitment and
focus to complete the WOD is unrivalled. The desire is to capture this true
dedication to the cause in a competitive fitness spectacle. 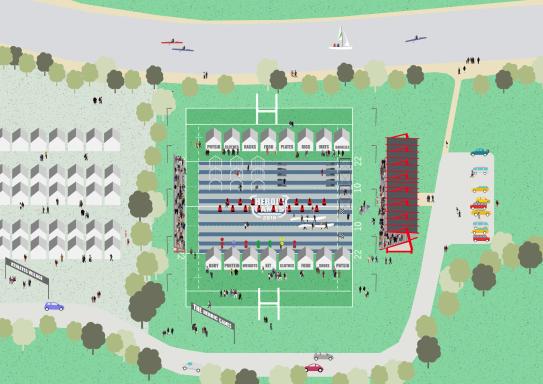 Currently on site is CrossFit 2012’s studio nestled within a sports stadium
which itself is capable of seating up to 600 people. Facing a rugby pitch,
this would then become the main competition arena.

The Heroic Games would be an athletic competition inspired by those
which take place in America called the CrossFit Games which have been
held every summer since 2007. Consisting of aerobic, weight lifting,
obstacle and gymnastic exercises, competitors aim to win the ‘Fittest
on Earth’ title. Participation has over the years grown rapidly with pre
qualification taking place across the world. Total prize payouts currently
top $2.2 million and the event is sponsored by Reebok. In 2017, the
games were broadcast on CBS Sports.
A long term goal would be to become a recognised sanctioned CrossFit
event, which would allow attending athletes to qualify for the CrossFit
Games. This would make the Heroic Games an internationally recognised
competition, with unrivalled exposure.

It’s been a while since we took a look at how our partners Crossfit 2012 are getting on following our last blog barmuscleups – I can tell you it is really busy over there in the Rugby Stadium , great atmosphere and a fantastic mix of people all working together at crossfit 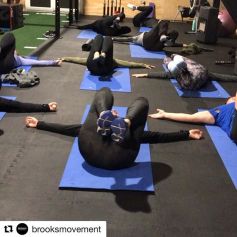 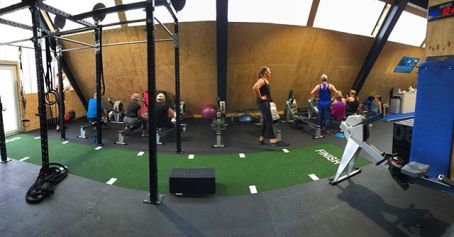 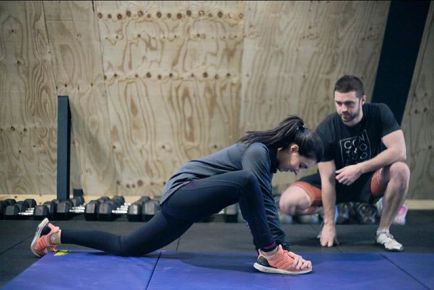 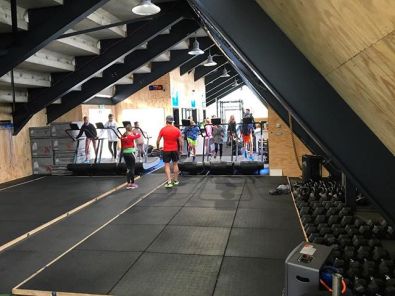 If you want to take up Crossfit or just want to go over and see what it is all about and perhaps try a taster session just message Matt info@crossfit2012.co.uk and he will get straight back to you. Remember as an Imber Court member Matt offers you discount on his sessions and membership.

On a seperate matter Matt and I have been in discussions on setting up a crossfit ‘Heroic Games’ at Imber which will be subject of a seperate post later today.

Our friends at Foley Boxing Club, now based at Imber, are offering free Boxercise classes to our Gold and Silver members on Sunday mornings and Monday Evenings! We’re excited about this, and there’s even a little hearsay that some of our staff may partake.

The Foley Boxing Club began in 1971 with a group of boxers and the help of Youngs Brewery. Since then, they have moved into Imber, and have maintained their pedigree for Forty-Eight years, and are still going strong today.

Check out their fully kitted gym and some of their training here and find out this times of the Boxercise lessons, as well as others, here, under regular classes.

After our post yesterday reporting Benny’s disappearance, we have an exciting development…
It would appear that Benny, among a few others, actually reads the Chairman’s Blog! Whether Benny was stuck in a shed, or simply fancied a detox vacation away from the rich and delicious foods of Imber, we’ll never know, but he returned today, skinnier that before but unscathed from his escapades! #TheCatReturns #Bengal #ImberCourt #Imber

You may remember our post about Benny, the extremely good-looking Bengal that roams far and wide across Imber’s 90 acres, but always makes it back for dinner… Well, it seems that last week Benny decided to go on a little adventure, and hasn’t been seen for several days, causing much worry and concern for his safety. Sheds, outhouses, storage huts and barns have all been checked, we’re hoping it’s just a matter of time and a hungry tummy that will bring him home! #CatOnTheLose #ImberCourt #MountedBranch